The Beatles’ ‘A Day In The Life’ – An Exegesis 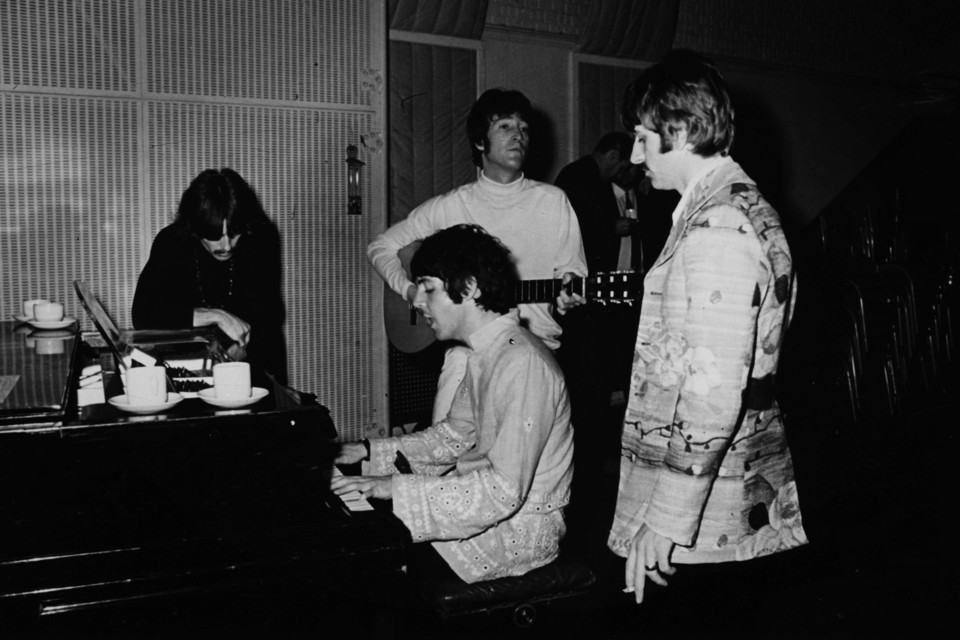 It’s received wisdom that Sgt. Pepper’s Lonely Hearts Club Band, which arrived 50 years ago in the long record-breaking summer heat of 1967, is one of rock’s greatest albums. Inspired by Brian Wilson’s obsessive labor on the Beach Boys’ epic Pet Sounds, the Sgt. Pepper studio sessions were weeks of ideas tried, ideas rejected, and things tried anew. Undeniably, Sgt. Pepper is an experimental classic, a triumph of influence. But I don’t consider it even the best Beatles album; that’s Rubber Soul or Revolver. On the Sgt. Pepper album, however, is “A Day in the Life,” which is my idea of a perfect song. It is the epitome of The Beatles’ master building, of fitting stone upon stone, each section troweled together with such ingenuity and care that upon completion the whole thing feels seamless, a structure not built at all, but a whole that simply was.

“A Day in the Life” isn’t a song to sing, as are “Eleanor Rigby” (ideal for both car and karaoke), “Hey Jude” (written to soothe John Lennon’s young son, no lullaby works better at children’s bedtime), or “In My Life” (a perennial at weddings and funerals and, I can’t help mentioning, rock’s analog to Shakespeare’s Sonnet 116). Nor is “A Day in the Life” guided by melody like so many Beatles creations. It’s an elaborate production, filled with sophisticated George Martin and Geoff Emerick musical trickery (distortion, echo, dubbing, reverb). An orchestra plays, and then one singer’s voice gives way to another’s—John’s worldly reflections transitioning to Paul’s sketch of domestic memoir, and then back again—before orchestral cataclysm and a final resting place.

The song has so much happening that when I casually listen I feel the accumulated effect, but attempting to really figure out what’s going on, I fear may take the fun out of it. Liking songs is risky. They are aural fireflies, and you can get too close and lose them. If “A Day in the Life” is about anything, it speaks to the way the daily unfolding of worldly events touches the private fragilities of ordinary people. It’s Ulysses in a pop song, the typical day made unforgettable.

But here goes. What exactly is happening? In the best rock songs, you can almost see it. When Paul tells me that a girl was just 17 and I know what he means, in fact I don’t know what he means, which is the point. “A Day in the Life” is filled with a collage of images in enticing half focus. Lennon, the crowd, you, and I are all voyeurs, transfixed by something horrible, the newsworthy death. Everybody recognizes the victim but nobody knows exactly who he is. Was he a politician? When Lennon mentions the House of Lords, I always think of the Profumo scandal, which unfolded during that early-sixties period when politics began to merge with mass-media-driven celebrity in a way that undermined popular assumptions about Great Men. Whose day in the life is it, anyway? The crowd’s life or simply the singer’s? And is it still your life if your crucial experiences are received secondhand, from articles and cameras? Was Lennon himself so famous now that he was forced to live life from the passive privacy of an easy chair?