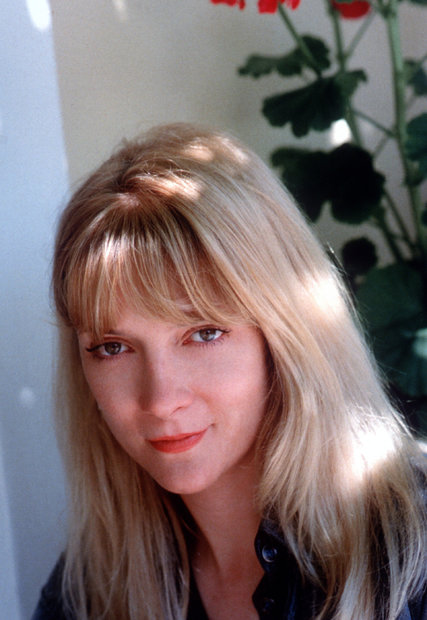 Glenne Headly, whose acting career took shape at the renowned Steppenwolf Theater Company in Chicago and found its biggest audience in Hollywood with films like “Dirty Rotten Scoundrels” and “Dick Tracy,” died on Thursday in Santa Monica, Calif. She was 62.

The cause was complications of a pulmonary embolism, her husband, Byron McCulloch, said.

Ms. Headly moved easily from comedy to drama and from stage to screen. Not often cast in lead roles, she played her parts with a subtle, scene-stealing panache.

Her high-pitched, girlish voice gave her a spacey, sometimes ditsy, quality that worked well in comic roles. But for her dramatic work she could lower its register, as she did to play a prostitute in the Lanford Wilson play “Balm in Gilead,” in New York and Chicago.

“But day to day, if someone meets me, they’ll think I have this breathy, airy, airhead voice,” she told the industry publication Backstage in 2001. “I thought for a long time I should just change my voice. I should just work at it, since I’m so good at accents. I should just focus and do it all day long. But I can’t do it.”

Her facility at accents came into play on the set of “Dirty Rotten Scoundrels” (1988), in which Steve Martin and Michael Caine played con artists who target her character as their latest mark. During a break in filming on the French Riviera, New York magazine reported, Mr. Martin cajoled her to do some imitations.

“Steve, I’m not one of those people who put on shows for you,” she told Mr. Martin. But when she relented and conjured a thick Long Island accent, Mr. Martin was so excited that he rushed to tell the director, Frank Oz, and the voice became integral to the finale, when Ms. Headly’s character turns the tables on the con men.