The Next Big Thing In Books: James Comey 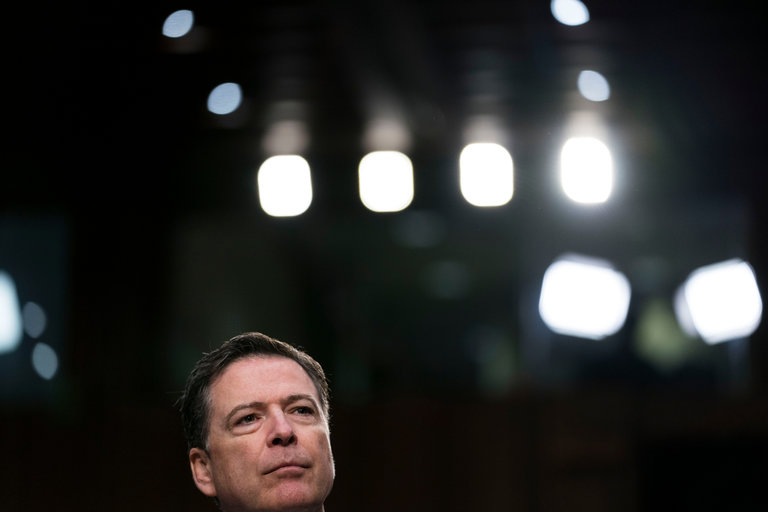 James B. Comey has been meeting with editors and publishers in New York. His book is expected to go to auction this week. CreditDoug Mills/The New York Times

James B. Comey, the former F.B.I. director who was fired in May by President Trump, is writing a book about his experience in public service, including his tumultuous and brief tenure in the Trump administration.

Mr. Comey has been meeting with editors and publishers in New York in recent days, and is being represented by Keith Urbahn and Matt Latimer, partners at the literary agency Javelin. The book is expected to go to auction this coming week, and all the major publishing houses have expressed keen interest, Mr. Latimer said.

The book will not be a conventional tell-all memoir, but an exploration of the principles that have guided Mr. Comey through some of the most challenging moments of his legal career. Among those are his investigation into Hillary Clinton’s private email server during a contentious election, and his recent entanglement with the president over the F.B.I.’s inquiry into Russia’s interference in the 2016 election.

“It’s a book about leadership and his search for truth, informed by lessons and experiences he’s had throughout his career, including his recent experiences in the Trump administration,” said Mr. Latimer, whose agency also represents Tucker Carlson and Donna Brazile. “It will speak to a broader desire in our country for more ethical leadership.”

Mr. Comey has been unexpectedly thrust into the spotlight in recent months. When he was fired, Mr. Comey was four years into a 10-year term. He didn’t go quietly. Instead, he leaked the contents of memos he had kept that documented his conversations with Mr. Trump, including, according to Mr. Comey, a conversation in which the president urged him to drop the federal investigation into Mr. Trump’s former national security adviser, Michael T. Flynn.

Almost immediately after his firing, agents and publishers pounced, setting off speculation that Mr. Comey was contemplating writing a book. News outlets ran articles positing that Mr. Comey could land an eight-figure advance for a memoir.