For Syrian Actors, An Intensely Lengthy, Challenging Road To The United States 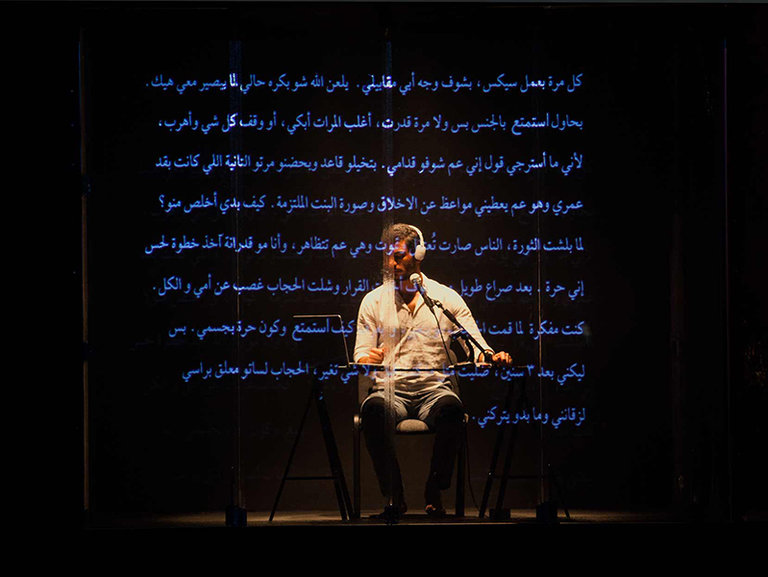 Mohamad Alrefai in “While I Was Waiting.” The play, based on a true story, will be performed at Lincoln Center this week. CreditDidier Nadeau

BEIRUT, Lebanon — A group of Syrians has been invited to stage a play this week at Lincoln Center in New York.

For the cast and crew, scattered across six countries, getting to the United States has been the real-life drama — in part maddening, in part farcical.

The play’s lead actor, Mohamad Alrefai, showed up for his first interview at the United States Embassy in Beirut eager to introduce himself and to show his supporting documents for a visa, only to be told by an American consular official to keep his mouth shut, he recalled, and his stack of papers to himself. Several members of the group were asked to furnish their social media handles so American officials could read what they had posted. The director, Omar Abusaada, said he was asked if he belonged to a terrorist organization. “Would an actual terrorist say yes?” he later wondered aloud.

“I’m going to write a comedy about this,” Mr. Abusaada said from Berlin, where he was at work on another play.

All but one of the nine members of the Syrian cast and crew, a lighting designer who lives as a refugee in Germany, received visas, defying the fears of Lincoln Center officials who had worried that the play would be a casualty of the Trump administration’s order to temporarily ban visitors from several Muslim-majority countries, including Syria. The play, “While I Was Waiting,” begins a four-day run on Wednesday, as part of the annual Lincoln Center Festival.

“I just want this festival to be finished,” said Mr. Alrefai on the eve of his departure from Beirut. But then he remembered he was going to New York City, and how much he was looking forward to it. “I’m sure when I get to New York,” he added, “I’m sure I’ll love it.”

The eight cast and crew members have been trickling in over the past few days, arriving at Kennedy International Airport. Lincoln Center officials have instructed them to carry a stack of identifying documents, permissions and invitations to satisfy inspectors at the airport — and to gird themselves for an ordeal.