Met Museum Turns Over A Second Ancient Artwork To Police 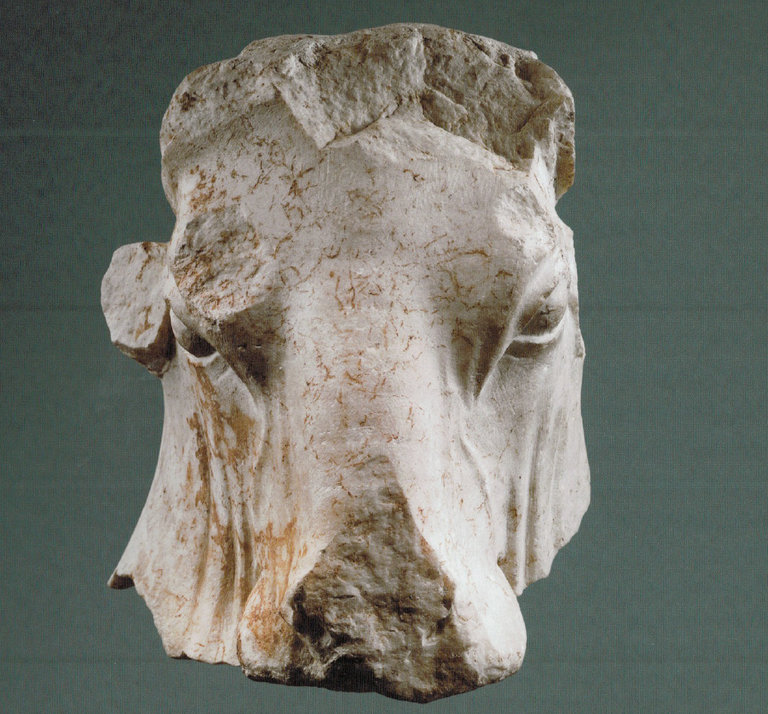 The head of an ancient marble sculpture of a bull on loan to the Metropolitan Museum of Art is at the center of a legal case. CreditWilliam and Lynda Beierwaltes

Manhattan prosecutors have taken custody of an ancient bull’s head that was on loan to the Metropolitan Museum of Art because of concerns that the antiquity was looted from a Lebanese storage area in the 1980s during Lebanon’s civil war.

Met officials said that one of their curators raised concerns about the artifact after researching it last year, prompting the museum to alert Lebanese officials, who asked the American authorities to step in and retrieve it.

The 2,300-year-old marble artwork, about a foot tall, was turned over to the office of the Manhattan district attorney Cyrus R. Vance last month by museum officials.

The owners of the bull’s head, Lynda and William Beierwaltes of Colorado, say they have clear title to the item and have sued Manhattan prosecutors for its return.

The Beierwaltes bought the head from a dealer in London in 1996 for more than $1 million and then sold it to another collector, Michael H. Steinhardt, in 2010. Mr. Steinhardt lent the relic to the Met that year, but after learning that Lebanon was disputing its provenance, he asked the Beierwaltes to take it back and compensate him.

The Beierwaltes are also suing the antiquities directorate in Lebanon as part of a federal lawsuit in which they argue that neither the Lebanese government nor Manhattan prosecutors have offered convincing proof that the item was stolen. The lawsuit also cites property rights, cultural patrimony laws, statutes of limitations and jurisdictional issues as grounds for the sculpture’s return to them.

Their court papers assert that federal prosecutors have previously reviewed the case and chosen not to challenge the Beierwaltes’ ownership.

“We believe the district attorney’s position is ill-founded,” William G. Pearlstein, a lawyer for the Beierwaltes, said in a statement, adding: “The Beierwaltes are bona fide purchasers with clean hands. By contrast, for more than 50 years, Lebanon has failed take any action domestically or internationally to report any theft of the bull’s head.”