If Amazon Is Going To Have A Drone Delivery Army, It’ll Need A Drone Repair Platoon As Well 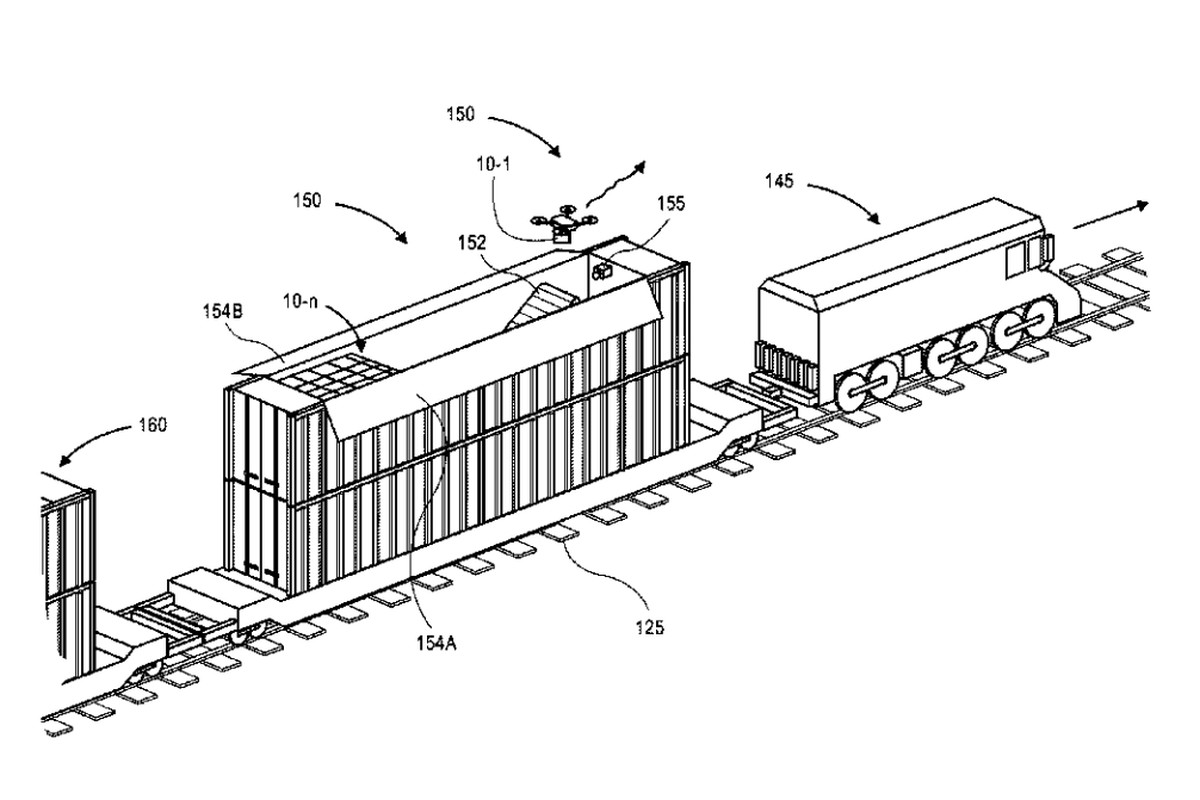 Amazon has long had ambitions for autonomous package delivery, but before drone delivery can go into wider use, there’s some obstacles to overcome. Recently, the company has filed for numerous patents, from a drone beehive placed in populated areas to dropping packages with parachutes to a massive airship. Business Insider spotted a new patent filing: one for a network of mobile workstations based on boats, tractor trailer trucks, trains, or other vehicles, which can be driven to areas of high demand.

The idea presented in the patent filing kind of nuts: it would set up a network of roving, intermodal delivery systems that would act both as a maintenance hub and merchandise warehouse for Amazon’s drone fleet. The patent essentially describes a standard shipping container that’s ben outfitted with an automated door on the ceiling, and a “retrieval apparatus comprises a landing surface configured to be raised or lowered along a vertical axis and rotated about the vertical axis.”

These containers could be loaded onto a locomotive, container ship, or tractor trailer truck, and would consist of a maintenance car equipped with extra batteries, a robotic arm, and a computer system that would allow the vehicles to communicate with a drone. If needed, they could move to a new location to pick up a drone. The maintenance car would scoop up the drone, replace the battery, and release it to carry out deliveries. The patent also describes methods for fixing drones that might get damaged. An Amazon spokesperson declined to comment on the filing to Business Insider.

The patent also discusses the possibility of these mobile containers as a potential means to “forward-deploy inventory items.” A second car or container could carry items where “demand for such inventory items may be reasonably anticipated,” which would allow the company to shorten its delivery times. In this case, an order could be placed, with the item dispatched from the closest fulfillment center, whether it’s a physical warehouse or one that happens to be located on a rail line nearby. The order would be loaded onto a drone, which would then take off, deliver the package, and return, where it could get its battery charged again.