Here’s The African-American Museum That Charleston, And America, Need

In this part of Charleston, just north of the historic, postcard district, industry has increasingly been giving way to boxy condominium developments with names like The Gadsden, after this city’s Revolutionary War-era patriot, merchant, and sometime slave trader, Christopher Gadsden. 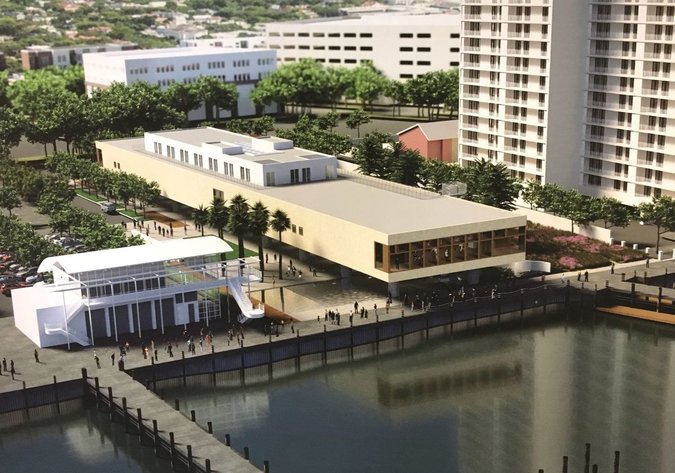 Justice delayed, as the saying goes.

If it’s to be served, that empty plot, still waiting on private donations and $11 million in state funding, will be occupied by a subdued, modernist, 47,000-square-foot pavilion raised above the ground on thick columns clad in precast oyster-shell tabby.

It will house the International African American Museum.

Its louvered windows facing the waterfront will direct views past Fort Sumter toward the Atlantic Ocean — and Africa. In and around the plaza created below the lofted building, a memorial garden, planted with native grasses, will lead toward a shallow tidal pool whose stone floor is inscribed with the shapes of bodies crammed together, as slaves were, in the bowels of ships that landed here.