Visitors Can Touch Human Brains at This Indian Neuroscience Institute

hen the woman died, the police took away her husband. Her parents claimed he had driven her mad, harassing her for dowry payments. True enough, the clinical history that arrived at the mortuary along with her body listed what appeared to be psychiatric symptoms: manic behavior, auditory hallucinations, strange, distorted visions. 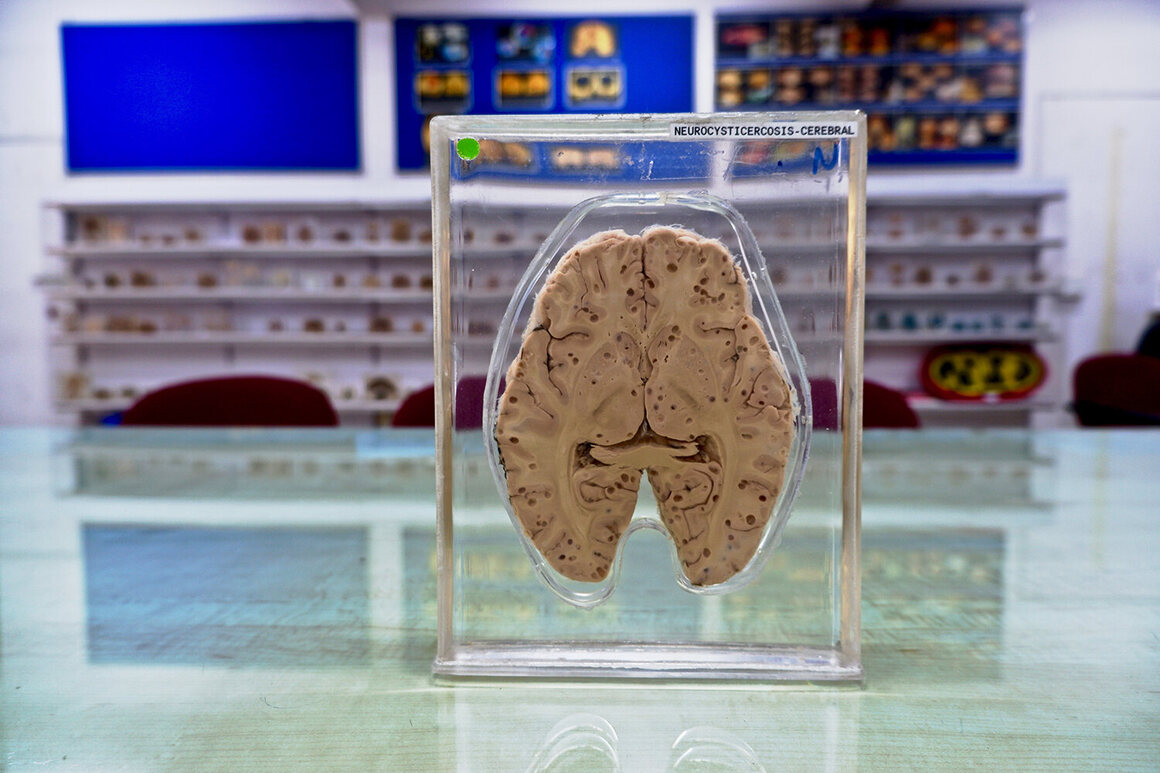 It was only once her skull was broken open, her brain removed and segmented, that the truth was revealed: her injury was physical, and inflicted not by her husband, but by a tapeworm.

Visitors to India’s only Brain Museum, in the southern city of Bengaluru, know the woman only as “neurocysticercosis - cerebral.” That’s how a small, typed label identifies the slice of her brain that lives here, pickled in formalin and encased in hard clear plastic, like a macabre paperweight or a uniquely unwhimsical snow-globe.

There are hundreds of specimens, all similarly preserved and mounted, arrayed on LED-backlit shelves that stripe three walls of the single, largish room. Among them are cross-sections of brains marred by aneurysm, fungus, bacterial infection, and trauma. Some are warped by tumors, dense and distinct, like thick fleshy mushroom-stems pushing out through the softer, crumpled brain tissue. Others are partially shrunken by birth defects or Alzheimer’s. Cuboid specimen cases contain entire brain hemispheres, spidered with thickened dark veins.