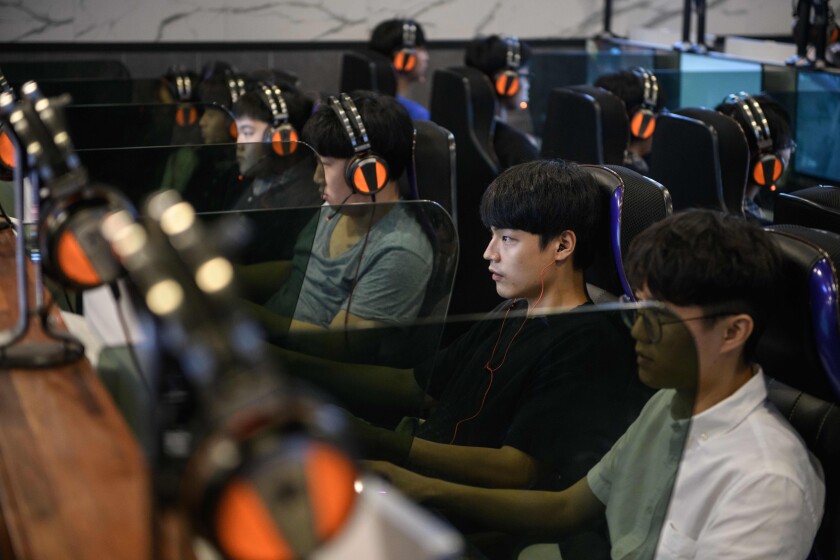 Customers play computer games at an internet cafe, or “PC Bang,” in Seoul. South Korea, where video games are a top cultural export far exceeding K-pop in revenue, has been locked in a heated debate about whether game addiction should be recognized as a disease and what that would mean for the $13-billion industry.
(AFP/Getty Images)

His bedroom door was always locked, and when his grandmother stood on the veranda and peered through his window, he was invariably engrossed in an on-screen gunfight.

He eventually began disappearing to play at internet cafes. Night after night, she would search for him, and he would try to evade her.

Now he is 21 and unemployed. In June at his grandfather’s funeral, he played games on his phone.

“There wasn’t a day he’d go without playing,” said his grandmother, who raised him and felt so ashamed by his situation that she would speak only on condition that her family not be named. “Games ruined the child.”

That’s a controversial opinion in South Korea these days.

Video games are practically the national pastime, played by the majority of adults and more than 90% of adolescents. Rising concerns over the effects of games on mental health have been met with skepticism and disdain by the $13-billion gaming industry.